Get fresh music recommendations delivered to your inbox every Friday.
We've updated our Terms of Use. You can review the changes here.

Guff In The Garden 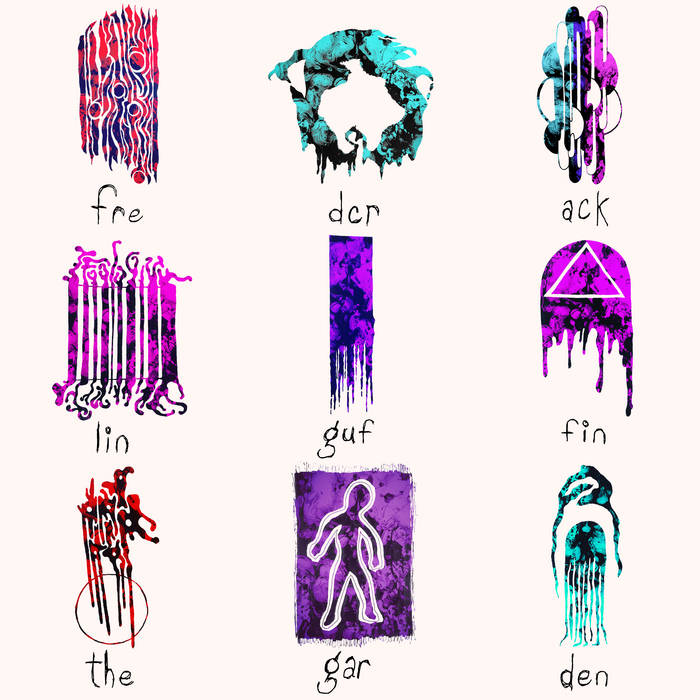 Funny that quarantine invites many musicians to comb their hard drives and assemble a best-of of whatever’s there. The idea for this proj actually existed since the beginning of our group. In fact, the quarantine merely offered the time to finally foreground and pursue rendering the material in full.

In late summer of 2017, only three months after meeting and playing together, we scheduled a recording session. We had zero songs and zero plan for what to play, but the results were surprisingly cool and offered insight on how our band *could* sound. We continued to revisit and consider those recordings for inspiration as we constructed our sound, but they were never quite congruent with our visions for either record.

Meanwhile, other stray material began to accumulate—musical tangents hastily and sloppily documented during practice, compulsive and vomitous improv after spending hours meticulously recording one song, our respective instagram videos exhibiting some new toy, a folder with 40 wav files of wheezing and grunting (@crank haha). Soon enough, the list of supposed scraps was pretty sizable, and their sidelined status actually cohered them as a version of our band candidly making our music, but not “making an album.”

Which shouldn’t be such a revelation for a group founded under the guise of improvisation! But as we wrote more “actual songs,” there was necessarily more practice and less exploration. Cracklin being cracklin, there’s always room left for improv and grease, but there were also progressively more pieces to agonize, disagree about, and eventually fix to be just so. In other words, more attention to detail.

However, when this Guff material was recorded, there was basically no attention paid to detail. Any subsequent opinion or decision was made about music that “already existed.” With editing and overdubs, we could simulate attention paid after the fact—splicing moments to accelerate a transition, or augment an existing musical contour. But it’s like an inverted and protracted version of composing. In some ways this puts distance between us and the work because we can’t exert much change—or at least not by our usual method of sweaty, meticulous practice. Though not much needed to change. We already cherished these barely-captured moments, and we sought only to enhance their underlying merit.

Ultimately, it was a total treat to refine through different methods. Polishing heaps of improv was like recultivating roots we barely ever planted. And the results feel both classic and trailblazing to us. Hope you dig it too.

The FANG Collective -- Building, supporting and escalating nonviolent resistance to the natural gas industry while supporting other movements for justice. thefangcollective.org

Bandcamp Daily  your guide to the world of Bandcamp

sndtrak stops by with an Album of the Day Feature of his most recent release, FLIPS V1: Triple Lindy